CORONAVIRUS (COVID-19) UPDATES: In an effort to keep everyone healthy, we are now offering our services remotely. Learn more about the virtual Career Center services for students and employers. Learn the latest about COVID-19 at healthalerts.unt.edu. You can also find answers on our Helpful Links & FAQs.

5 Famous People Who Made Surprising (and Inspiring) Career Changes

When you look at people who’ve achieved stunning success in their fields, it’s difficult to imagine that they weren’t always hurtling down those paths. But each of these five famous figures started off doing something else.

Some spent years or even decades in completely different careers before changing course. Some had always nurtured other passions outside their jobs before shifting their full focus, while others developed them with time. But they each at some point took a chance and pursued new opportunities, and they all brought skills and lessons with them from one career to the next.

Today, the name Ava DuVernay is synonymous with projects such as the movie Selma, the documentary 13th, and more recently, the film adaptation of Madeleine L’Engle’s A Wrinkle in Time. But DuVernay started off in journalism, briefly, and then pursued a career in public relations before turning to film.

She didn’t pick up a camera until she was 32, making her first doc as a side project and keeping her day job through two more films. Her first career informed her second: “The skills I learned running publicity campaigns helped me to run sets,” she recently wrote on Twitter. “Sometimes life leads you down side roads to avoid traffic before you can really start cruising.” 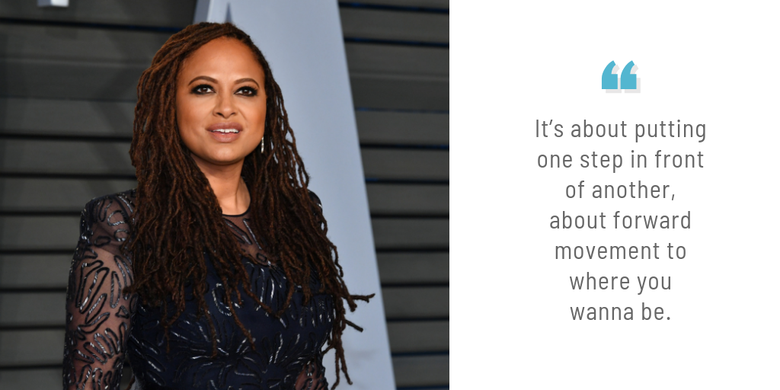 And, she’s encouraged others not to limit themselves to the first field they choose. “Whatever path you’re on right now is not necessarily the path you have to stay on,” she told Refinery29. “If you’re on a path that’s not the one that you want to be on, you can also pivot, and you can also move, and age doesn’t make a difference, race, gender. It’s about putting one step in front of another, about forward movement to where you wanna be.”

It’s not that Andy Weir didn’t realize he loved science fiction. As a teenager, he wanted to become a writer. “But I also wanted to eat regular meals, right, and not live in a box in an alley. So when the time came for me to choose a career, I went with software engineering,” he told me when I interviewed him for Newsweek in 2017.

And it wasn’t a bleak backup plan. “I liked computer programming a lot—I was a happy little cubicle dweller,” he said. “A lot of people use the expression, ‘You’re just a cog in the machine.’ I’m like, yeah, but if you take the cog out of the machine, the machine doesn’t work anymore.” 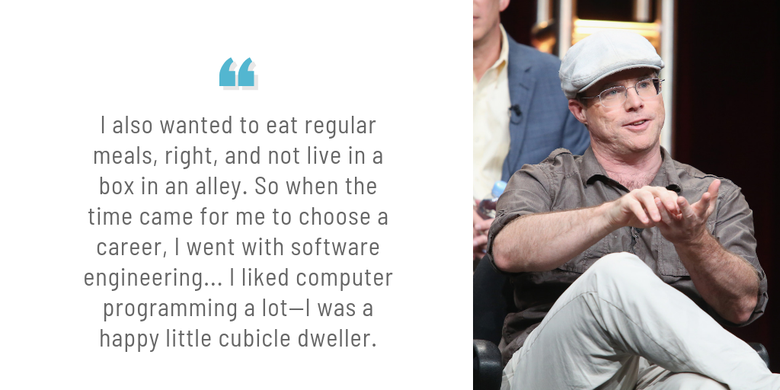 Still, he took some time off to write when he was in his twenties. When it didn’t work out, he went back to programming and continued writing as a hobby. Years later, he self-published and then published The Martian, which became a bestseller and was adapted as a film starring Matt Damon. That success allowed him to pursue his new career full time. Artemis, his second novel, was also a bestseller and it, too, is being made into a movie. Though he missed the social environment of an office, he was finally fulfilling a long-held dream.

At least twice in her life, Ina Garten has leapt into new careers (though she’s also had side gigs on top of those, including flipping houses).

The first was when she left her nuclear energy policy job and bought a specialty food store called Barefoot Contessa. The second was when she sold the store after running it for nearly two decades and decided to write a cookbook named after it. She went on to publish many more cookbooks and host a Food Network show, which has been running since 2002. 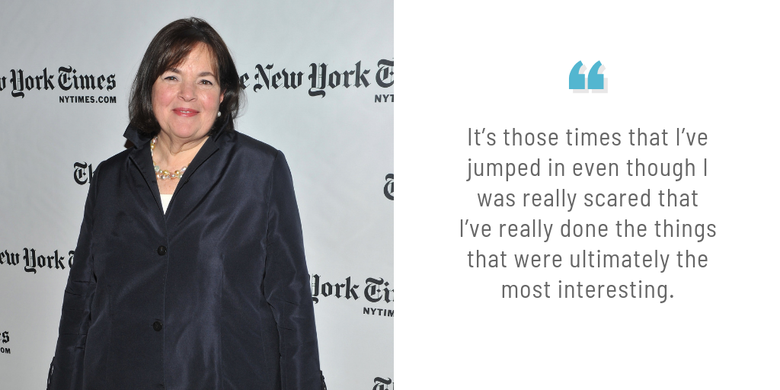 “I don’t know yet what it’s going to be after this but I can’t stand still,” she told The New York Times back in 1981, three years into running the store and already predicting another career change.

Reflecting on her path more recently, she described herself as “someone who jumps in the pond instead of standing on the side of it, endlessly discussing what it would feel like to jump in. It’s those times that I’ve jumped in even though I was really scared that I’ve really done the things that were ultimately the most interesting.”

You might be one of the more than 18 million people who like his Facebook page, Humans of New York. But the man behind the wildly popular portrait blog didn’t begin his career as a photographer. Brandon Stanton was a bond trader in Chicago who lost his job in 2010.

“My two biggest lessons learned as a trader are take risks and get comfortable with taking losses and setbacks to help move you forward,” he told CNBC. And that’s what he did. “Instead of updating my resume and looking for a similar job, I decided to forget about money and have a go at something I truly enjoyed,” he wrote in HuffPost. 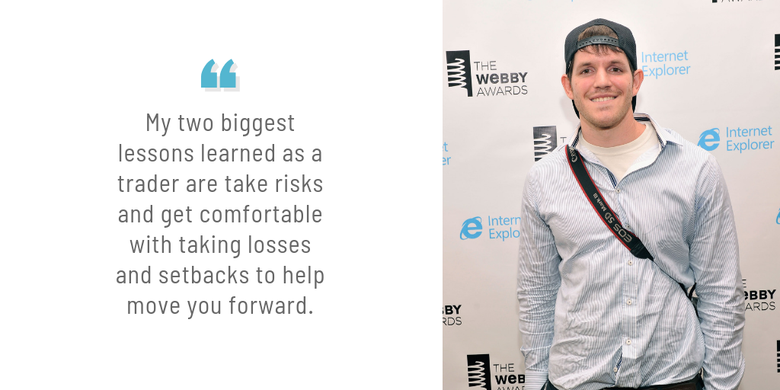 He’d only been taking photos for a few months in his free time when he left for New Orleans, Pittsburg, Philadelphia, and then New York—where he ended up staying and where he transitioned from private Facebook albums to a public page. He collected unemployment, slept on an air mattress, and otherwise lived cheaply.

It took time—“the early days of HONY were lonely as hell,” he’s said—but he’s since published books, partnered with the United Nations, traveled to take photos in more than a dozen countries, and more.

5. Ken Jeong Went From Medicine to Comedy and Acting

Ken Jeong created and starred in the titular role in Dr. Ken, a sitcom that aired on ABC from 2015 to 2017. And he shared more than just a name with his character—Jeong was a full-time practicing physician for years before shifting to focus primarily on acting and comedy.

“Growing up, I only ever wanted to be a doctor. There was never a thought I’d go into acting. I never even did theater in high school,” Jeong told The Hollywood Reporter.

After graduating from high school and doing pre-med at Duke, Jeong went to medical school at the University of North Carolina at Chapel Hill and completed his residency at Oshsner Medical Center in New Orleans. But he discovered acting in college and later did short standup sets every few months, even when he was working 90-hour weeks. He moved to LA to work at Kaiser Permanente, where he treated patients for seven years, and kept performing and auditioning, landing roles here and there. 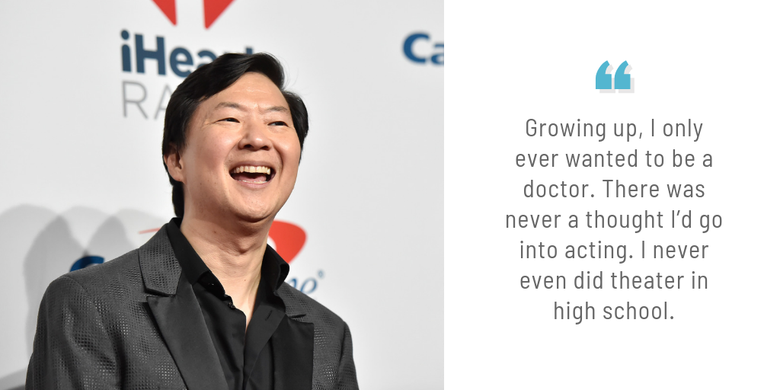 He quit full-time medicine after wrapping up filming for Knocked Up, which he considered his big break along with the Hangover movies. He’s since appeared in Transformers: Dark of the Moon and on Community, voiced characters in Bob’s Burgers and BoJack Horseman, and been part of the cast of Crazy Rich Asians.

Jeong still renews his license every year, and once jumped offstage during a standup show to help a woman having a seizure in the audience. “It’s a hard-won skill,” he told the Associated Press. “You just can’t take the doctor out of you.”

Changing careers certainly isn’t easy, but it is possible. And if you weren’t sure about that before, hopefully these famous career changers have convinced you otherwise. After all, if they could make what seem like such drastic transitions, you can too.

An original article from The Muse; Author: Stav Ziv