The Career Center Employer Advisory Board consists of some of our most loyal employer partners. The board’s purpose is to keep the Career Center informed of changing hiring trends and for us to educate them on new recruiting initiatives we have put in place. Our staff aims to have these employers be our most utilized resource in terms of programming and practices within the Career Center. Learn about the Commitment to Diversity and Inclusion by our Employer Partners. 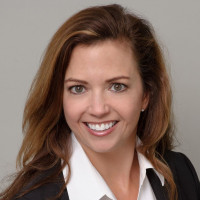 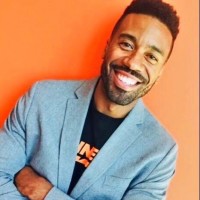 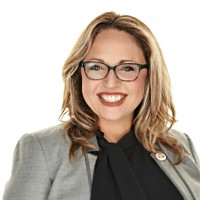 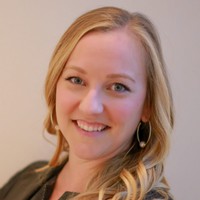 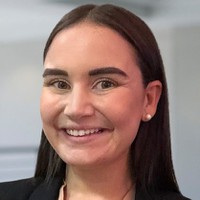 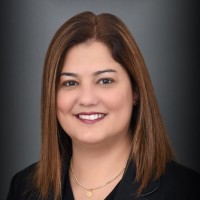 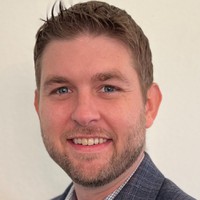 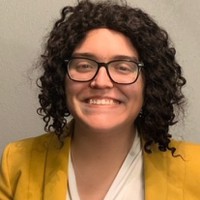 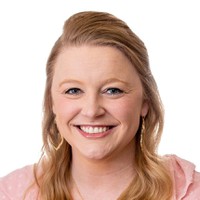 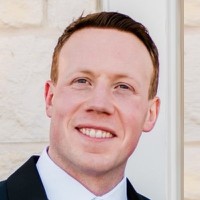 Julie has over twenty years of human resources, consulting and information technology experience. She serves as Vice President of Human Capital at NTT Data Services and is a leadership member of the Global Consulting organization. In this role, she has helped shape NTT Data Services campus recruiting strategy and played a key role in establishing UNT as a preferred campus recruiting partner. Julie is an UNT alumna where she received her Bachelor of Arts degree, and she also serves as a Mean Green Mentor.

Learn about the Commitment to Diversity and Inclusion by NTT DATA Services and other Employer Partner companies.

Mr. Bell’s career began as the Coordinator of Intercultural Services at the University of North Texas (UNT) located in Denton, Texas.  He was the youngest person ever to assume the title.  In this role, Mr. Bell coordinated recruitment and retention strategies for over 3,000 students of color.  Under his leadership, the office became one of the most visible and influential on campus.

After serving for four years at UNT, Mr. Bell was recruited by with INROADS/Dallas-Fort Worth.  While with INROADS, Harold served in a managerial capacity over the areas of recruitment, student development and corporate relations.

In April 2010, Mr. Bell and his staff received the Spelman College Exemplary Customer Service Award for outstanding service to the Spelman community and its constituents.  The following year in August 2011, The Princeton Review ranked Spelman College #12 in its “13 Colleges With The Best Career Services” ranking.

Mr. Bell holds both a Master’s degree in Adult and Continuing Education, and a Bachelor’s of Business Administration degree from the University of North Texas.   He actively serves in his church, Word of Faith Family Worship Cathedral, as a deacon; former ministry leader for Christian Education; and small group bible study facilitator.

Adrian has been with Schneider for 15 years most recently serving as the Regional Vice President of their Dallas Logistics Center. Holding an B.A. and M.A. in Communications from Eastern Michigan he began his career as a Football Coach at Eastern Michigan, University of Chicago, and HBCU Central State University (OH). Schneider and Adrian are active with several charitable organizations in DFW most notably, Genesis Women’s Shelter & Support, The Stewpot, and Big Brother Big Sister. In his free time he enjoys spending time with his 7 year old daughter and fiancé doing things like kayaking, crafting and playing basketball.

Learn about the Commitment to Diversity and Inclusion by Schneider and other Employer Partner companies.

Candice Cole is an HR professional with over 12 years of experience in many aspects of HR including benefits administration, recruitment, employee wellness, leaves of absence, leadership and skills development, payroll, and workforce planning. She has worked in multiple industries ranging from higher education to construction management, and currently in business services. With a passion for people, she enjoys celebrating the success of her employee-partners, and seeking new talent at any time, and any place.

Candice is a proud employee-partner at Cintas Corporation in the First Aid & Safety Division. Within FAS, she supports 2 operational offices in the Dallas area as their HR Manager and their “go-to” partner for a word of advice or a listening ear. Formal responsibilities include providing support with staffing, onboarding, partner development and engagement, retention, employee-partner wellness, and safety engagement.

Candice holds a Bachelor of Arts in Business Administration from Saint Louis University, a Master of Arts from Webster University, and a Senior Certified Professional with SHRM. During her down-time, Candice loves participating in community service and health awareness events as a member of Alpha Kappa Alpha Sorority, Inc., or finding drama or comedy shows to watch on Netflix
with her husband Kevin. She also enjoys diving into her family lineage as an “amateur genealogist”, tracing her family’s lineage for 5 generations (so far) with the help of family stories and online
databases. She’s a firm believer her grandmother’s saying, “You gotta know where you’ve been to know where you’re going.”

Robbin Falcone is a talent professional leading with over 25 years talent acquisition and 15 years in the tech industry. She has recently joined the Albertsons companies (ACI) to lead their campus recruiting strategy. ACI has 22 different brands across the US and over 300K employees. We take a holistic approach when we think about how we impact customer and employees’ lives, meeting our customers where they are. The ACI culture and investment in change is one of the reasons Robbin joined.

Elliott Freise joined Enterprise Holdings in 2011 as a Management Trainee, where she was promoted to positions of increasing responsibility in operations including Assistant and Branch Manager roles. True to Enterprise’s promote-from-within culture, Elliott accepted a career opportunity in Talent Acquisition in 2014, where she recruited talent for all three Enterprise brands (Enterprise, Alamo, and National) in the Austin/Central Texas Region. In 2016, she was promoted to her present position of Regional Talent Acquisition Manager in Dallas, where she has designed recruiting strategies that have built solid relationships with partner schools and academic programs. A graduate of Arizona State University, Elliott understands the value of recruiting motivated, college-educated individuals for the Enterprise Internship and Management Trainee programs.

Miranda has worked at Charles Schwab for 4 years in various HR roles. She holds a B.S in Business Administration at Seton Hill University. In her current role, she is HR market lead for early talent in the DFW area. As a campus recruiter, she executes the campus recruiting strategy by building relationships with key university partners and using the campus candidates as a strategic talent pipeline. She also plays a large role in the Schwab Intern Academy to fill internship positions with top diverse talent. Her goal is to help students find a career that they learn, grow, and have joy in what they do.

Brad has been with Echo Global Logistics for over 10 years in both sales and management roles. He is currently serving as Senior Sales Manager for the Echo Dallas office. Echo Global Logistics, Inc. is a leading provider of technology-enabled transportation and supply chain management services. Headquartered in Chicago with more than 30 offices around the country, Echo offers freight brokerage and Managed Transportation solutions for all major modes, including truckload, partial truckload, LTL, intermodal, and expedited. Echo maintains a proprietary, web-based technology platform that compiles and analyzes data from its network of over 40,000 transportation providers to serve clients across a wide range of industries and simplify the critical tasks involved in transportation management.

As a proud alum of UNT with a BBA in marketing and a passion for logistics, Brad values the opportunity to educate new grads on building a successful career in sales and logistics. Go Mean Green!

Lexi Long is currently a recruiter for City Year AmeriCorps, a paid gap year education mentorship program with sites across 21 states and 29 cities that gives access to graduate school scholarships. She is also currently an online student for Columbia University’s MS in Non-Profit Management program. Before her experience as a recruiter, she spent a year as a City Year Corps member herself in a Dallas, Texas high school. Prior to City Year, she graduated from the University of Michigan in 2020. In her free time she enjoys cycling, rock climbing, reading, and traveling.

Lakeitria Luter is currently the Director of Diversity, Inclusion and Belonging of Crash Champions, a  Clearlake Portfolio Company with over 500 locations across the United States.  She has over 19 years of talent acquisition, business management, and operations experience with a focus on Strategic Initiatives for Crash Champions.  This includes leading their DEIB, Military, and Campus Recruiting programs to build an inclusive culture and promote talent growth within the organization.

Marjorie Miller has seven years of professional experience higher education administration, and she is excited to bring her expertise to the GM Financial University Relations team. GM Financial is the wholly owned captive finance subsidiary of General Motors and is headquartered in Fort Worth, Texas. In her role at GMF, Marjorie builds relationships with campuses in the DFW area with goals of attracting top talent to GMF and providing an outstanding internship program for students. Marjorie is a proud alumna of Illinois Wesleyan University (B.A. in Business Administration) and Illinois State University (M.S. Higher Education Administration) and her experiences as a collegian inspired her passion for creating opportunities for college students to grow personally and professionally through experiential learning.

Tom Murphy first became involved in research working as a member of an inflammatory breast cancer research team while attending the University of Delaware. Following graduation, Tom was offered an internship with Medpace and operated as a Clinical Research Associate for 4+ years prior to moving into a Clinical Monitoring management position. Tom has worked within several therapeutic areas including oncology, rare disease, and cardiovascular disease. Tom has contributed to Phase I-III trials and has enjoyed the continuous learning oppo/challenges available at Medpace.

Learn how to Connect with the Career Center

The UNT Career Center encourages persons with disabilities to participate in our events and meet with our staff. If you anticipate needing an accommodation or have questions about accessibility, please call 940-565-2105 in advance of the event or your visit.